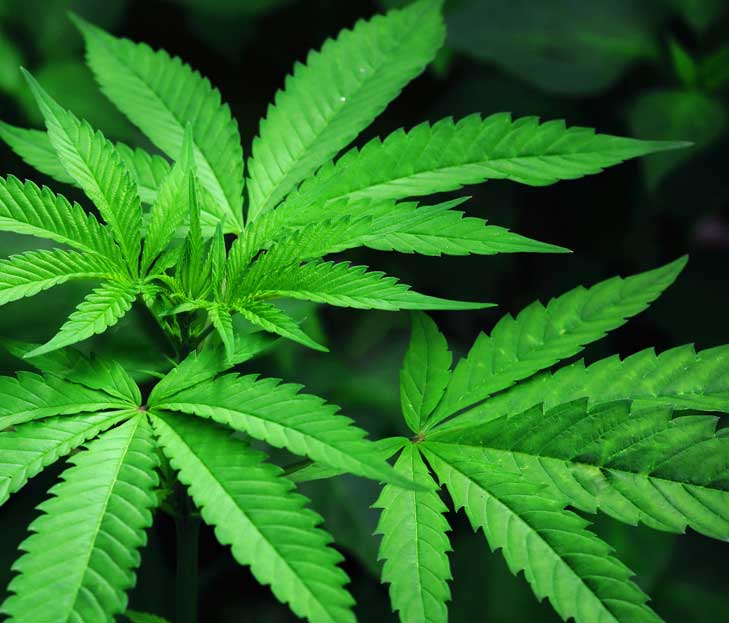 In recent years, we have been treated to a dramatic about-face in the public image of a once maligned plant –  cannabis.

Cannabis, of course, is the marijuana plant. It has been a valued friend of the human race for at least 2,700 years, when it was buried in the casket of a Siberian princess!

With over 400 “active ingredients,” cannabis is a complex plant with many and varied properties. The original plants are called “landrace” and come from central Asia, specifically Afghanistan. Since its radical spread around the world, humans have cultivated the plant for thousands of purposes, including making the paper that our Declaration of Independence is written on! In fact, there is nothing currently made from plastic that cannot be made from hemp.

Washington and Jefferson were hemp growers, possibly also consumers of its more potent form – cannabis, or popularly, marijuana. The plant has been selectively bred for its euphoric effects, as well as its medicinal benefits.

In 1970, politics entered the picture as the federal government’s Controlled Substances Act criminalized the cultivation, sale, use and research on marijuana, along with LSD and heroin. Thus began decades of punitive prohibition. In the 1990s, we first began hearing good things about this plant when rumors surfaced about its ability to prevent nonstop seizures in children with conditions like Dravet Syndrome. In a series by CNN Medical Correspondant Dr. Sanjay Gupta, the neurologist courageously repudiated his previously aired opinion that marijuana had no social or medical benefit. It was an eye-opener for millions of Americans.

Since 1996, 34 states have legalized the use of cannabis for verified medical purposes, and 10 states and Washington, D.C. have legalized it for recreational use by adults. Other states are considering such a move. Meanwhile, efforts are underway to remove the plant from the U.S. Food and Drug Administration’s Schedule 1, the federal government’s list of dangerous drugs and chemicals with a high potential for abuse, and allow widespread research to be conducted.

Today, thanks to research coming from Israeli organic chemist Dr. Raphael Mechoulam and others, we now understand that the chemicals in the plant are a perfect fit to the regulatory system in our brain, nervous system, immune system and just about every system in our bodies – the endocannabinoid system.

This system keeps the brain calm, the attitude happy and the nervous system functioning smoothly. As a medicine, it has remarkable effects on neurologic disorders like Parkinson’s disease, multiple sclerosis, epilepsy and many others. Anxiety, depression, insomnia and post-traumatic stress director are treated very effectively as well. Researchers also are looking at its cancer-fighting potential.

While “recommending” this medicine over the past three years, I have personally seen many of my own patients spontaneously reduce their pain, anxiety and depression medications, and they appear to be managing most of their symptoms with marijuana alone.

Death rates from opioid overdoses in states that have approved medical marijuana have dropped 25-30%.

The best part is that throughout human history, there have been no overdose deaths directly from this medicine. It has no receptors on the brainstem, like morphine does, that would make the user forget to breathe.

We still have much to learn, but the good news is that the “khat” is out of the bag. Now it’s time to “hash” this out with science – not with prejudice.

Dr. Carol L. Roberts is a doctor of functional, integrative and holistic medicine, and is medical director at the Naples Center for Functional Medicine. As always, consult with your physician prior to making any substantial lifestyle, health or nutritional changes. To schedule an appointment and discuss your personal health and wellness goals, call the Naples Center for Functional Medicine at 239-649-7400 or submit an appointment request through our online form.