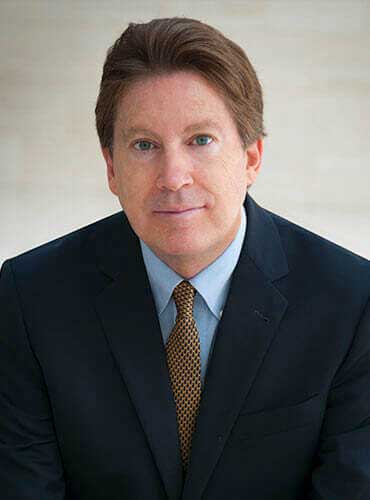 One in three seniors dies with Alzheimer’s disease or another form of dementia. In fact, neurodegenerative disorders kill more Americans than breast cancer and prostate cancer combined, according to the Alzheimer’s Association.

That’s why pioneering research from experts like Dr. Dale Bredesen is so important. Alzheimer’s is the third-leading cause of death in the U.S. and has been considered an incurable disease for generations. As Bredesen stated during a recent podcast, an Alzheimer’s diagnose is often seen as “a death sentence.”

However, functional medicine continues to offer hope for individuals diagnosed with Alzheimer’s or dementia. Bredesen’s research has shown that Alzheimer’s symptoms can not only be avoided, but actually reversed. The “Bredesen Protocol” offers two components – PreCODE for prevention and ReCODE for reversal. That research has opened doors to new approaches to prevent and treat Alzheimer’s disease.

“We’ve all been taught there’s nothing you can do about this illness; there’s just nothing out there,” Bredesen said. “It’s the opposite. The bottom line is there’s a huge arsenal and you have to know how to use it optimally and what’s important for each person.”

Bredesen recently joined Dr. Craig Tanio on a Rezilir Health podcast discussing the prevention of cognitive decline. The 91-minute conversation spanned a variety of topics. Perhaps the most important takeaway was Bredesen’s optimism about a clinical trial that will have some “very, very exciting” results.

Below are some key quotes from that podcast:

On the comparison between COVID-19 deaths and Alzheimer’s deaths:

“As large of a pandemic as COVID-19 is, the Alzheimer’s pandemic is actually much larger. And so we really need to work together, all of us, to develop ways to prevent and reverse this very common problem.”

On the focus of past research being reactive instead of proactive:

“We’ve just completed the trial, and we’re actually working on getting all the data together. But very, very exciting, and looking very much like what we’ve all seen with the anecdotes.”

On the functional medicine approach to treating Alzheimer’s continuing to gain momentum:

“In the long run, it’s going to take showing that, in large trials, you can repeatedly make people better.”

On the frustration that not everyone with Alzheimer’s responds in the same manner:

“This is what we’ve been focusing on for 30 years to try to make it so that this is a rare disease so that people respond, but we still do have some people who don’t.”

On the importance of getting tested for neurocognitive disorders earlier in life:

“We’re seeing people late 40s, early 50s who clearly have cognitive changes. So we recommend anyone who’s 45 or over get checked, get a cognoscopy. It’s simple, it’s three things. It’s a set of blood tests, it is online cognitive assessment, very simple, and then the third piece, which is an MRI with volumetrics.”

On addressing chronic disease with a holistic approach:

“So much of healthcare is just kind of geared towards the single solution, the silver bullet, and not the silver buckshot.”

On the worry caused when individuals first hear they’ve been diagnosed with Alzheimer’s:

“So many patients have really got scared of the label and worry that there really is no hope.”

Interested in learning more about the discussion? The full podcast is available online.

LISTEN: The Rezilir Way on Spotify

BUY: The End of Alzheimer’s: The First Program to Prevent and Reverse Cognitive Decline (By Dale E. Bredesen, M.D.)

Hyperbaric Oxygen Therapy and Alzheimer’s
Oxygen: The Greatest Nutrient
Could Your Dental Floss Be Toxic?

Ready to start your journey to better health through functional medicine?

Are you interested in developing a custom nutrition plan for your specific health needs and wellness goals? Our functional medicine physicians can help!