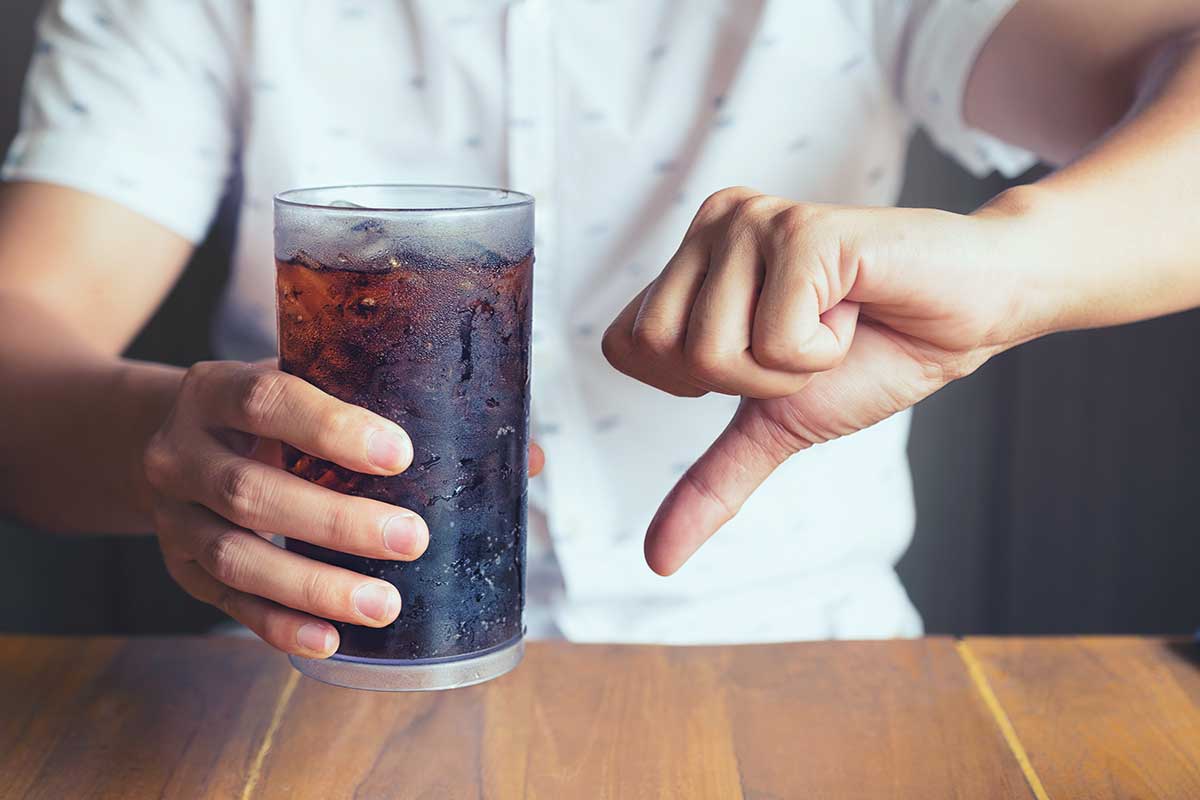 Yet so many of us still drink it.

Diet soda is no better. Artificial sweeteners like aspartame, which are 200 times sweeter than sugar, can cause sugar cravings, alter gut bacteria and even cause diarrhea.

Yet so many of us still drink it.

Carbonated beverages also can cause gas, bloating, heartburn or reflux, and the acid in soda can wear down dental enamel.

Still not convinced to put down that soda?

Here’s another reason: it’s bad for your brain.

Researchers from Boston University linked sugary beverages like sodas and fruit juices to memory loss and reduced brain volume, especially in the area of the brain that involves memory and learning.

“Our findings indicate an association between higher sugary beverage intake and brain atrophy, including lower brain volume and poorer memory,” explained BU researcher Matthew Pase, who added that people drinking diet soda were almost three times as likely to have a stroke or develop dementia.

Sugar is addicting. So is fake sugar, aka artificial sweeteners.

The Center for Disease Control and Prevention reports that 63 percent of youth and 49 percent of adults drink a sugar-sweetened beverage on a given day.

And here’s another finding from the CDC: adults and adolescents who smoke, don’t get enough sleep, don’t exercise much, eat fast food often and don’t regularly eat fruit are more likely to be frequent consumers of sugar-sweetened beverages. That means individuals who already have unhealthy lifestyle habits are introducing another unhealthy habit every time they twist open the cap on a bottle of soda.

Soda, much like a cup of coffee or piece of chocolate, often is used as a pick-me-up between meals. That couldn’t be further from the truth, though, as sugar rushes from soda can elevate glucose levels in the bloodstream and even cause damage to blood vessels. Instead of downing a caffeine- and sugar-laden soda for a jolt of energy, try healthier alternatives like almonds, pumpkin seeds and organic blueberries, strawberries or raspberries.

This summer, the American Beverage Association, a trade association representing the non-alcoholic beverage industry in the U.S., produced a video in partnership with Coca-Cola, Dr. Pepper and Pepsi titled “Working together to cut sugar.” If an industry elects to tackle an issue at the core of its business model, then you know it’s a problem.

An ice-cold soda might be refreshing on a hot summer day, but it’s not worth the risk. I advise my patients to drink filtered water with ice or green tea to keep their brains functioning at full speed.

After just a week of eliminating sugary beverages or soda from your diet, you’ll have a clearer mind and will have taken a big step toward improving your overall health.

Interested in more ways to achieve a healthier brain? Check out our articles on recharging your brain and top foods to fuel your brain. Remember, it is important to consult your physician prior to making dietary and lifestyle changes.